In Dakar with vulnerable young people

The Salesians have been present in Dakar since 2002. Since 2010, the Ker Don Bosco socio-educational Centre in Dakar has been offering professional training courses in cooking and catering, tailoring and plumbing and short-term afternoon literacy courses to a large population of young people. Young people are also supported by the Employment Office, created in 2014, for job search.

With this project VIS supports vulnerable young people by offering them scholarships to follow a vocational training path within the Ker Don Bosco Centre.

The project also supports Talibé children (children who are exploited and forced to beg). A contact work is carried out on the street to bring them closer to the Centre where their needs are taken in charge: medical care, food, clothing, educational support, family reunification.

This project is strongly supported by the Croatian group “Martina Udženija with love for kids of Senegal” promoted by the Udženija family in memory of Martina, a youngster engaged for children’s rights in Senegal who died prematurely.

With this project we are now addressing vulnerable young people. They are youngsters who live with their families (with various difficulties: poverty, single-parent families or where the reference figures of youngsters are relatives but not parents) and who want to be involved in professional training: they usually come to the Ker Don Bosco Centre at the beginning of the school year by applying for a scholarship. Educators record them and their stories and then contact them, based on their “vulnerability level”, if a scholarship is available. The level of vulnerability depends on the economic and family situation of the young, as detected by the Salesian educators.

We also work with Talibé children. They are exploited children, forced to work and beg.

In Senegal, poverty is very widespread (the country is 166th out of 189 in terms of human development) and there are many young people who live in vulnerable conditions, also becoming potential migrants, at risk of irregular migration.

There are also thousands of Talibé children (“pupils”), 50,000 estimated only in Dakar, mostly from rural areas and extremely poor, who are entrusted by their parents - sometimes very poor and illiterate and in difficulty in maintaining their children - to the heads of the Koranic schools called daaras run by the marabouts (“teachers”). The latter should deal with both religious and school education of children. Parents hope that this type of education will give an opportunity to the future of these children. Unfortunately, very often the interests and purposes of marabouts are different: economic and of reputation. So, they exploit children by sending them during the day to beg for money or food. If the Talibés do not deliver the required amount of money or food to the school on a daily basis, they are punished with very severe penalties. Many Talibés flee the daaras every year because they can no longer bear the punishments and the lifestyle imposed on them. This contributes to the development of a real phenomenon of “street children”, increasing the violations of the fundamental rights of children. We are faced with what can easily be called a form of modern slavery: religious education, a positive fact in itself, actually masks the exploitation of child labor.

What do we want?

The aim of the project is to be able to help children and young people to face the situations of social exclusion they are experiencing and to plan a better future with them and for them. 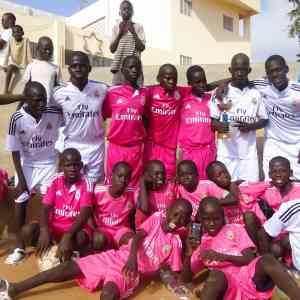 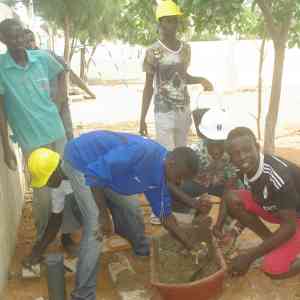 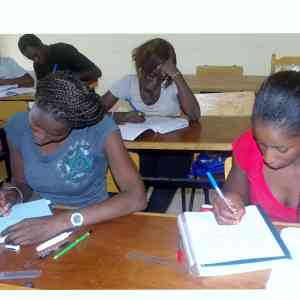